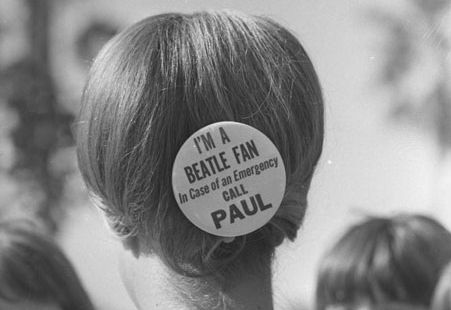 Never write 'fans of the genre will enjoy this game'

"If you're a fan of the genre, you'll enjoy this game."

Ugh, what a statement. Any time I come across an overused phrase like this I have to ask myself what the author was actually trying to say. A charitable interpretation might look like this:

On a quick read that's good enough. If I'm a massive shmup fan chances are I'll want to play every decent shmup out there. It seems like the review would have told me that information regardless of my genre preferences, but whatever, it's just eight words. I'm moving on.

Hang on, though. Did that line just insult me? And does the writer even know what they're talking about? Stop and think about the phrase and another, far less charitable meaning emerges:

A 'fan of the genre' could be so picky that no game satisfies them or so blindly adoring of the genre that they love every game.

Stand behind your opinions

I reviewed my first isometric RPG in the early 2000s. I wasn't a "fan of the genre," but I knew role playing games well enough and the team needed someone to tackle this piece on a deadline. I sank a couple dozen hours into the game and walked away unimpressed. Not just unimpressed, but bored.

When it was time to start writing, I froze. This was a big-name release with a huge marketing budget, how could it be...bad? Was I missing something? Maybe I just don't "get" these kinds of games. I would have loved to put up a "fans of the genre" shield in case I was wrong, but something told me I wasn't. This game was rough, and I had a chance to tell everybody why.

I stuck to my experience and explained everything as well as I could. We released the review on launch day. I nervously watched as other reviews hit the web. It turns out everyone was in agreement: this RPG was a stinker. Even "fans of the genre" thought so.

Your job as a reviewer is to deliver raw information about a game along with a justified opinion on its quality. Escaping behind "fans of the genre" means you're not sharing what you think, you're telling people to form their own opinion based on their own experiences. Why even bother being a game reviewer if all you're going to say is "I don't know, if you like it you like it?"

Don't tell me what to think!

If you find yourself wanting to write a phrase like "fans of the genre," go back and look at your review. Did you spell out the game's flaws and successes? Did you justify why they are categorized as such? Go deep and really talk about the game's mechanics and how they fit (or don't) into the overall experience. When a well-justified opinion appears in the review, you won't feel that phrases like "fans of the genre" are necessary.

And keep this in mind: don't tell people whether or not they'll enjoy a game; tell them why you did or didn't. They came here to learn your opinion and use that to inform their own. Give them that data and you've done your job. Let the fans sort out their opinions on their own.