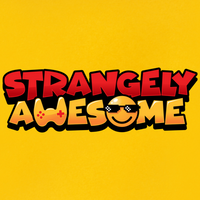 A Resource and Community for the Fan in All of Us

Strangely Awesome was founded in June of 2016 by fans of gaming and entertainment that wanted to share that passion with other fans. We felt that many outlets failed to capture the fan’s perspective and we wanted to provide an alternative.

Since then, we have published over 125 video game reviews, been featured on large aggregate sites like N4G, recorded over 400 podcast episodes, and have been chosen as one of the official media partners of the E3 Expo.

But we’re just getting started! We’ve had a great journey so far, but there’s a lot more to do. We’d love it if you joined us and helped our community thrive even more.